“The corruption in Washington DC, perpetrated by “elected or appointed people.” commonly bothers some but not enough Americans. Many people believe the propaganda that “Trump is a King or Savior.” That is how we got Trump sitting in the Oval Office, and how a bunch of Senators are likely to protect him from a fair trial in the current impeachment trial. The outcome of the trial in the Senate would rest well with me if the Senators on both sides responsible for judging the trial were trustworthy.

The public circus in congress to impeach President Trump continues, but there is an intentional undercurrent going on in the White House. Hiding under the cover of the chaos, Trump is “using the word of God for personal gain.” He also is violating the Constitution’s protection by advancing religion to promote his version of “Trump is Savior.” Trump is a highjacking thief of religion for his purposes. The same type of hyjcker so many, including Muslims, called ISIS and Qaeda. In fact, these are illegal.

In the Tennessean, Buzz Thomas (Guest Columnist) wrote an Opted saying, “Politicians take the Lord’s name in vain when they use God for personal benefit.” Mr. Thomas wrote extensively, as I paraphrase, about the trap of allowing the co-mingling of church and state. He mentioned, “The heart of the Third Commandment, which he said often misunderstood.” Additionally, he shared, “the concern of using God and God’s good name for our own purposes.” Buzz Thomas wrote the Opted as a retired Baptist Preacher.

Mr. Thomas is also a Constitutional Lawyer and wrote in his Opted, “While the U.S. Constitution protects the ‘free exercise of religion,’ it also prohibits government officials from using heir office to advance or inhibit religion.” Having Paula White bless the White House and call President Trump “King” is a violation. Do Evangelicals see him as a savior?

Proselytizing Trump as King in the White House

Do Evangelicals call Trump a King

The Democratic House impeached Trump. Now, he is certain the Republican Senate will protect him as the trial proceeds in their chamber. As Ken Starr said during his opening statement, “The Senate is a Court of High Crimes during an Impeachment.” Plus, Trump is gearing up for his 2020 campaign using a “Christian Evangelical Platform of 63 members” Who are the 63 members that follow Trump so closely?Trump believes he is delivering a gift to both American Evangelicals. Trump’s two favorite tele-evangelicals, Paula White and Jerry Jeffris, have been thumping the pulpit asking Trump’s followers and their followers as well to believe Trump is the “Savior” or “King.” Why would anyone believe these falsehoods? Could it be that they so used to hear Trump expletive lies that they don’t know the difference? Trump, some rding to Keith Giles, author of several books and co-host of a podcast on iTunes, quotes Ephesians 2:19-22 as, “In him, the whole building is joined together and rises to become a holy temple in the Lord. And in him, you too are being built together to become a dwelling in which God lives by his Spirit. Who is the building that becomes the dwelling where God?”

I attend a planting Episcopal Church in Lake Nona (Orlando), Florida. We have land, but like many start-up churches, we do not have a building. Recently, our Priest moved his family to Virginia and someone asked if we were going to have a building to worship in when we get our new Priest.

It is always interesting how people like Trump forget that there is a day of reckoning coming. He appears to believe he is absolved from the penalties of doing wrong, as most dictators believe. Trump feels he is invincible.

God has another end game

In the Old Testament, the message to the people is those who revere God’s word will live on. And, His message was:

Will Trump, his corrupt cronies, and evangelist become the ashes under the soles of others’ feet. There is only one Savior in God’s eyes. 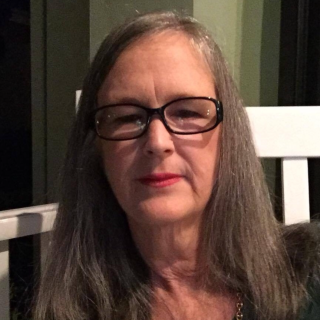